I'm writing this partly so that in the future, if you or I need to correct someone on the internet, we can just send them this link. Due to this, I'll keep this article as neutral as possible - limited opinion and no fuck-you's, just calm discussion. So let's get started, shall we?

Translation is hard. This should be obvious, but for monolingual people, it can be easy to forget. For this piece, I'm going to specifically focus on Japanese-to-English translation. It's a contentious topic amongst anime fans. Crunchyroll and Funimation have a track record of subpar translations, or for lifting fansubs to use in official releases. It's also a big topic in the tokusatsu fandom; notoriously bad companies like TokuHD are known for releasing terrible quality subs, well below even the most amateur fansubs. A recent example is their release of Kamen Rider Faiz, which is totally incomprehensible and suspiciously resembles machine translation. 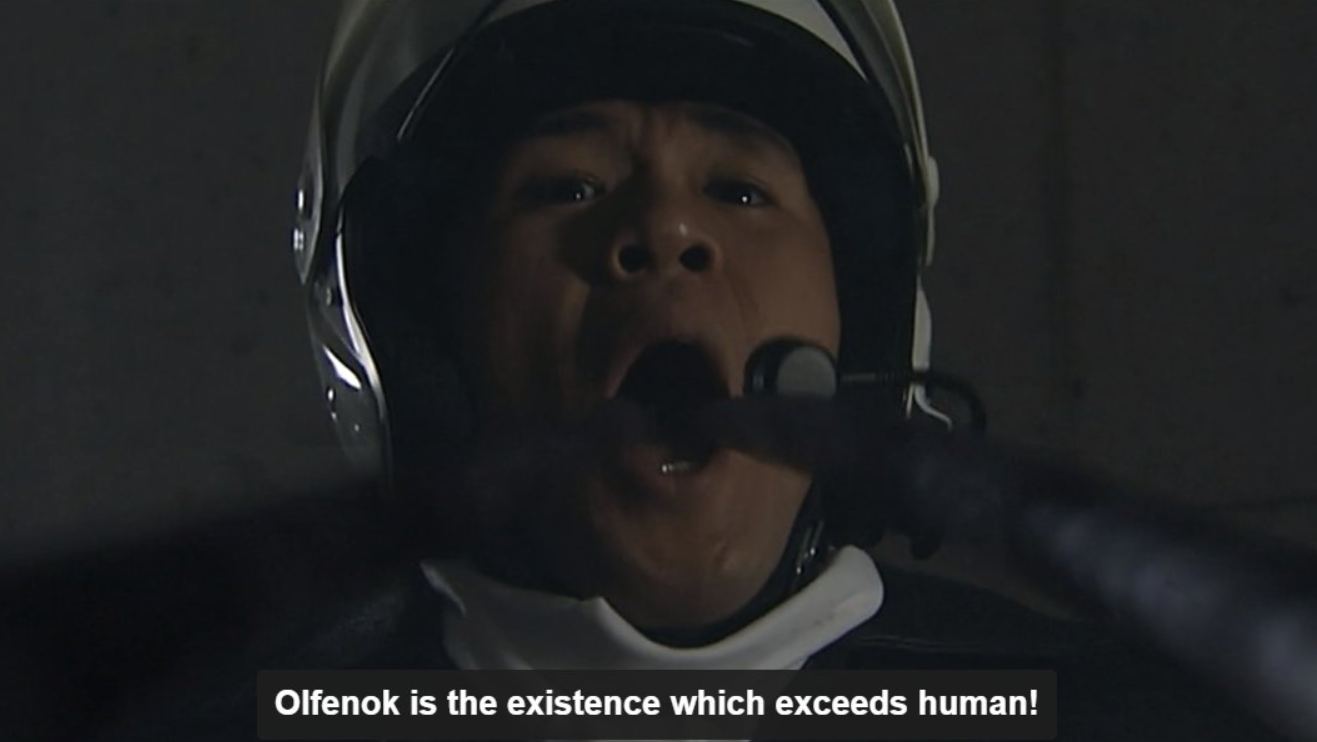 So, it's understandable that even people who don't speak Japanese would be critical of translators. Unfortunately, this hatred is generally wrongly directed. Your average translator on twitter is not at fault for these grievances. An entire series being plagued by poor translation is more likely because of corporate meddling. Even an expert can't do a good job on a rushed schedule, after all. So you should be hating TokuHD, not their translators, for example.

Of course, this is not the only aspect of translation people love to hate. If you're on twitter, I'm sure you've seen threads of people complaining about perceived 'bad' translation. The complaints are usually as follows:

I will go through these issues individually, and answer each argument. Please note: there will always be examples where these are valid criticisms. Sometimes, yes, a translation isn't accurate, or is overly localised (i.e. jelly donuts). Instead of cherrypicking and getting really mad, calm down and don't get really mad, because getting mad is exhausting.

Japanese is complicated. It has layers of politeness and formality that English does not. It has dozens of words for 'I'. English has one. As such, when a translator is changing Japanese text to English, they will have to sometimes localise concepts or tones. For example, if a character uses the pronoun 'boku', the translator may use more childish language to represent implied immaturity. This may result in translation that seems 'inaccurate' to a listener with a basic understanding of Japanese, but no translation experience. A truly, fully, 100% accurate translation from Japanese to English is simply impossible. There is no way to do a one-to-one translation of the concept of 'waga' versus 'watashi' in the space of a single subtitle line. Some people (read: idiots) even advocate for Japanese sentence structure in subtitles, but I'm sure I don't need to explain how bad of an idea that is.

Slang is an important part of both Japanese and English. It's a great way to easily code a character as younger, more hip, or as part of an in-group. Using slang is not always bad - no translating tool is. Sometimes, yes, slang ages. 'Sugoi' being translated as 'epic' may feel dated. This does not mean that all slang in translation is bad. Some media is meant to be in the moment, and relies on an understanding of modern pop culture. Context is important, so sweeping generalisations are always going to be incorrect in some sense.

It's better to use the Japanese word for this!

This concept is an interesting result of early fansubbing. In the bad old days, fansubbers would leave in Japanese words like onii-chan or keikaku (keikaku means plan), and provide a translator's note if they deemed it necessary to explain the word they left in. Usually it was done for words that were hard to translate, or for memes that were deeply Japanese specific. After all, just saying 'Narita divorce' means nothing to your average English viewer. This is where localisation comes in. Puns, jokes and culture-specific words can be substituted in order to get the same idea across, while slightly changing the meaning. This is why you'll see Aruto make English puns in Zero-One subtitles rather than Japanese puns - sure, they could have just explained the joke in the subs, but that's such a bad idea that it's a joke in-series with Izu explaining Aruto's jokes. Good translation always assumes zero knowledge of the original source - after all, if not, what's the point in translation?

If you are considering mocking a translator on the internet for a perceived mistake, please don't. Do you know the full context of what they translated? Do you know the working conditions? Do you speak both languages fluently? Have you ever done translation work? If the answer to any of those questions is no, then you don't fully understand what they did. It's fine to be critical of bad translation jobs, and it's good to ask questions and expect high quality output from services you pay for. It's NOT okay to harass individuals on social media for translation 'errors' that are, in fact, industry standard.